PadSplit’s mission is to solve the affordable housing crisis one room at a time. We use housing as a vehicle to create holistic affordability and financial independence for the millions of Americans most in need. This is a series on the people we serve.

Contentment breeds charm. Sarah works to live, not live to work. She’s a mother, a writer, a “creative”. Sarah isn’t defined by her job title. Sarah started her career in food services as a chef, but now works in the front of the house as a server. She is employed and works hard, but sees it as that - a job.

The oldest of three and the mother of two, Sarah cares deeply about her familial relationships. Ironically, she is now watching her daughter follow in her footsteps to become a chef. Sarah also has a son. Like any young boy he’s into video games. (During the interview he joined us and showed off his Zelda skills).

“We’re a little tribe. This is our team.”

Sarah places most of her energy on family, where she gets back the most return. It’s easy to peg a person like this as “lazy” or “lacking ambition” if they do not want to work every second of the day, but from speaking to Sarah she has her priorities in order. She wants to enjoy her life, not work all of it. How much money does one actually need to be happy? There’s the adage, “We buy things we don't need with money we don't have to impress people we don't like.” There’s a bit of truth to that. You have a population that spends every waking minute upgrading their lifestyle. What’s the point in pursuing this life of accumulation if all you really want to do is spend time with your children and being creative?

Raised in Atlanta, Sarah was always interested in the arts. She was a part of the drama club and enjoys telling stories. Sarah didn’t know what she wanted for herself after high school, except that she wanted to savor the world. Wu Tang Clan were the stars of Staten Island. Nas was breaking through after dropping Illmatic. Everything felt fresh and new in the city.

Sara went to New York City, worked during the day and partied at night in the golden era of New York hip hop..

“I remember The [Purple] Tape. I put it in and my mind was just blown.”

After spending time in New York, Sarah moved around a bit until she found herself on the Oregon coast, in a small town about two hours from Portland. She enjoyed the mountain terrain and easy living, but longed to get back to her roots. She put Atlanta in her sights. Atlanta was comfortable. She knew the city. She had friends there. Atlanta was home.

Sarah saw a MARTA ad for PadSplit. The low prices and all-inclusive utilities intrigued her... Within a week, she was in her new home.

PadSplit is making housing more affordable and your life more enjoyable...one room at a time.

Visit us at padsplit.com to learn more about how we are making housing more affordable, safe, and convenient. 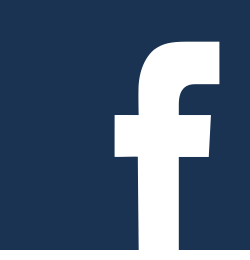 List Your Home
Become a Resident
Want to read my stories in your inbox?
Thank you! Your submission has been received!
Oops! Something went wrong while submitting the form.